Sixty-six-year-old Jim Bishop says that he has always been “lucky to be in good shape” thanks to his care team that includes Tryon Medical Partners internal medicine physician, Dr. Ryan Shelton, and dermatologist, Dr. Patricia Roddey. Jim’s luck was tested the morning of Saturday, Mar. 27, when he was so sick he couldn’t get out of bed.

He had been to work on Friday, Mar. 26, 2021, and felt bad by the time he got home. At first, Jim and his wife, Roxane, didn’t think much of it. Both tested positive for COVID-19 in October/November 2020 before vaccines were available. Roxane’s case was mild, leaving her only with no sense of taste or smell, but Jim was completely asymptomatic. They both assumed they would have at least six months of immunity since they had tested positive for the virus.

When vaccines became available, Roxane got hers. Jim had an appointment but canceled it. Within a week of that decision, he was sick. Trying to get ready for work the morning of Monday, Mar. 29, he got lightheaded and fell in the bathroom.

“He was so clammy and looked terrible,” recalls Roxane. “I put him right back in bed and he stayed there until Wednesday.”

Wondering if it could be COVID-19, Roxane took Jim to get tested on Thursday, Apr. 1, and locate an oximeter, a small device that clips onto the fingertip and measures oxygen in the blood. The test came back positive, and Jim’s oxygen was low.

For the next few days, Roxane tried to convince Jim to get treatment, but he resisted. Sunday, Apr. 4, was Easter. After their son, Jon went to check on Jim, Jon came out of the bedroom and announced, “Dad needs to go to the hospital.”

They called the paramedics who took Jim to Atrium Health’s Emergency Department in Pineville. Roxane knew she and Jon could not go with Jim, which was extraordinarily hard.

“When they took him out of the house, we just sat on the couch and cried,” said Roxane.

Seven Days in the ICU Jim remembers nothing about going to the hospital but recalls being put on “enhanced oxygen” once admitted to the intensive care unit. He was able to talk to Roxane on the phone, but admits he wasn’t the most reliable source of information.

“At the end of the third day, I felt like I had been in the hospital for three weeks,” said Jim. “COVID really screws up your head.”

Roxane received regular updates with two phone calls every day from the nursing staff at Atrium Health Pineville to learn about Jim’s progress. Though she couldn’t see him, Roxane made daily “parking lot deliveries to a wonderful nurse named Karen.” Roxane brought pictures, blankets and other comfort items to keep up Jim’s morale. He would need it.

By the third day, Jim needed more help breathing. The doctor started talking about intubation, a process by which a tube is placed down a patients’ trachea, or windpipe. Jim was terrified.

“All I could think was, ‘Is this the last nap?’” he said through tears.

The medical staff agreed to try one more tactic to give Jim a chance to improve his own breathing. They put him in a CPAP mask, which stands for continuous positive airway pressure, and asked him to lay on his stomach. Normally, the oxygenated air from a CPAP mask is used to help those suffering from sleep apnea, but Jim viewed it as his last chance to get better on his own over and above the medicinal treatments he was receiving.

“The oxygen was turned up so high and there were tubes everywhere,” said Jim. It was hard to sleep and the air dried out his nose. The mask didn’t fit properly around his facial hair which he hadn’t been able to shave. He developed a fungal infection called thrush in his mouth that hurt. He told the nursing staff, but they were so overwhelmed and he didn’t want to complain.

“People would try to call and check on me, but I didn’t want to talk. To me, this was personal and I didn’t know how to share it,” said Jim. He appreciated the outreach even though he didn’t reciprocate it.

“I had a lot of people praying for me, and I don’t care if you are atheist or agnostic… To know that all those people are pulling for you…” said Jim, his voice breaking. “What am I going to do? Let them down?”

Jim decided it was mind over matter. He concentrated on getting better and going home.

Jim finally began to turn the corner. He was downgraded to a lower level of oxygen support and able to sit on his own. He found a shortcut that helped him overcome the pain of the thrush so was able to eat. He got stronger and was moved out of the ICU after seven days to join the “general population.”

Even after going home, Jim was an Atrium Health Pineville patient for 11 more days. He was on an oxygen machine constantly, stepping over long plastic tubing wherever he walked. Each day he received two phone calls from a nurse, in addition to two paramedic visits and a virtual visit through the “Healthy at Home” program.

He was able to get up the stairs on his own, but he was very weak. He had lost 25 pounds and significant muscle mass.

“You want the spare tire to go, but I lost the whole engine,” Jim joked.

He was discharged from the Healthy at Home program on a Friday, and saw Dr. Shelton and his nurse Sherry the following Monday.

“It was more like a reunion than a doctor visit,” said Jim, who remarked that Dr. Shelton already knew the details of the care Jim received at the hospital. “He didn’t think I was going to make it.”

“We never stopped thinking about Jim the whole time he was in the hospital,” said Dr. Shelton. As to how Jim contracted COVID after testing positive in 2020, Dr. Shelton says it’s hard to say.

“Jim’s November COVID test could have been a false positive, meaning he didn’t have it or any of the antibodies that would have helped him fight infection. Or it is possible that he could have been reinfected by a variant, but these are all ‘ifs,’” said Dr. Shelton. “The thing we know beyond a shadow of a doubt is that people who are fully vaccinated don’t get as sick. Getting vaccinated is the best way to know you are as protected as you can be.”

Thankfully, Jim is doing well and back at work. He will likely have to use an inhaler for COPD (chronic obstructive pulmonary disease) for the rest of his life, but he says that will be manageable.

He takes nothing for granted, and jokes that he and Roxane are nicer to each other than they have been in 25 years of marriage.

“I know everyone who comes close to death says this, but it’s true. I appreciate everything more,” Jim said.

“Please, for your sake and your loved ones’ sake; for your friends, neighbors and those you don’t know or have casual interaction with, get the vaccine.” 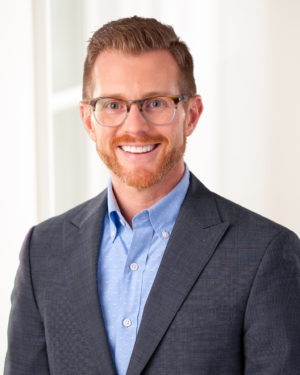