Until recently, Joseph Pugliese dreaded warm weather. As do many who suffer from severe psoriasis, Joseph was too embarrassed to wear anything that showed his patchy, inflamed skin. Psoriasis is a chronic skin condition caused by an overactive immune system that results in a flaky red rash.

“For years I have been wearing long sleeves, no matter how hot it is outside,” recounted Joseph. “It’s terrible!”

Joseph had been told by his doctors that he had one of the worst cases of psoriasis they had ever seen. They put him on countless prescriptions (called biologics), but nothing worked to provide him with permanent relief.

Another Tryon Medical Partners provider suggested Joseph see a member of their dermatology team. Dr. Jewell was Joseph’s next call.

“She said it was a different kind of psoriasis,” said Brenda Pugliese, Joseph’s wife. “She thought outside the box and put him on a different kind of medicine used to treat severe acne.” No similar treatment plan had been suggested before, not even by specialists they saw at a top university research facility.

“On a scale of one to ten, he was a 10 plus and now he’s a three,” Brenda said. “You are not going to find many people who are 100% happy with their doctor, but we are. Dr. Jewell is smart and delightful, and she listens.” Brenda also said she appreciates that she writes down details of the office visit to reference later. “That is helpful because we can’t always remember all that was said at the visit.” 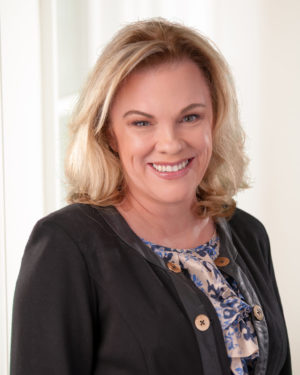